Notice: Trying to access array offset on value of type null in /var/www/wp-content/plugins/fusion-builder/shortcodes/fusion-text.php on line 67

During my 45 years as a painter, I have viewed many works of art. Some are famous, some are obscure. All have been catalogued in the recesses of my brain and manifest themselves in unexpected ways during my painting process. Seldom do I begin a painting with a specific image or landscape in mind. It is through the process of allowing my subconscious, coupled with my individualistic technique to create a work that satisfies my complex goals.

The influence and imagery is not normally obvious to the viewer. For example, in the Pegasus painting, I see the figure as drawn by Albert Ryder from the early 1900’s. In Colossus, the image from a Goya painting abstractly appears. How this all happens is both a joy and a mystery to me.

Other references can be scratched out devils in a 14th century Sienese fresco, a figure from a late Titian painting, or a Turner seascape.
The Angels and Demons paintings have elements deemed from 14th and 15th century Italian frescoes with depictions of devils and angels. Sometimes the two are in conflict as depicted in Last Judgments by Fra Angelico and Giotto or illustrated in partially vandalized narratives in the predellas of Sassetta.

I always have music playing during the painting sessions; my choice is not so much dictated by mood or type but more often energy. In rotation can be Ornette Coleman, The Art Ensemble of Chicago, Mississippi Delta Blues, Giuseppe Logan, opera or contemporary classical. The small paintings titled “Other Spaces” are a tribute to the music of the Sun Ra Archestra. 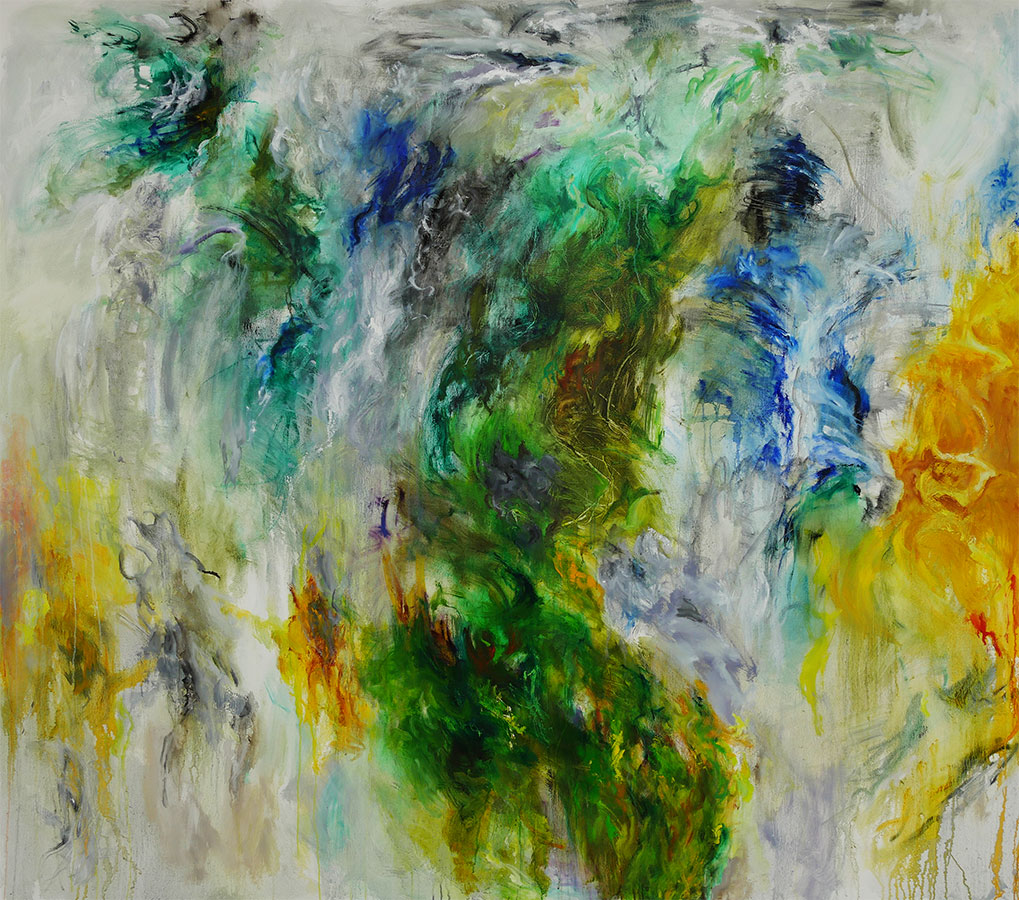 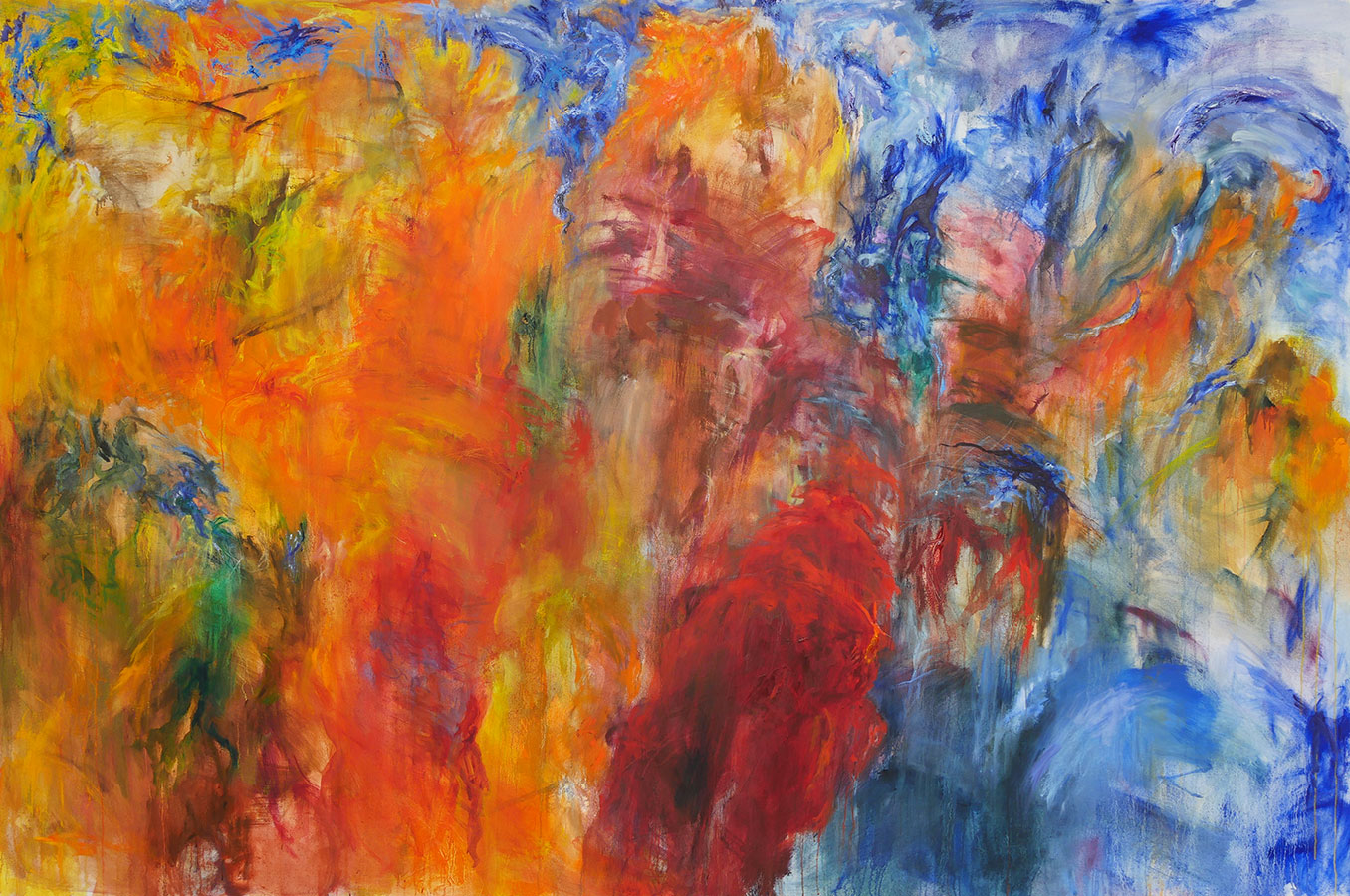 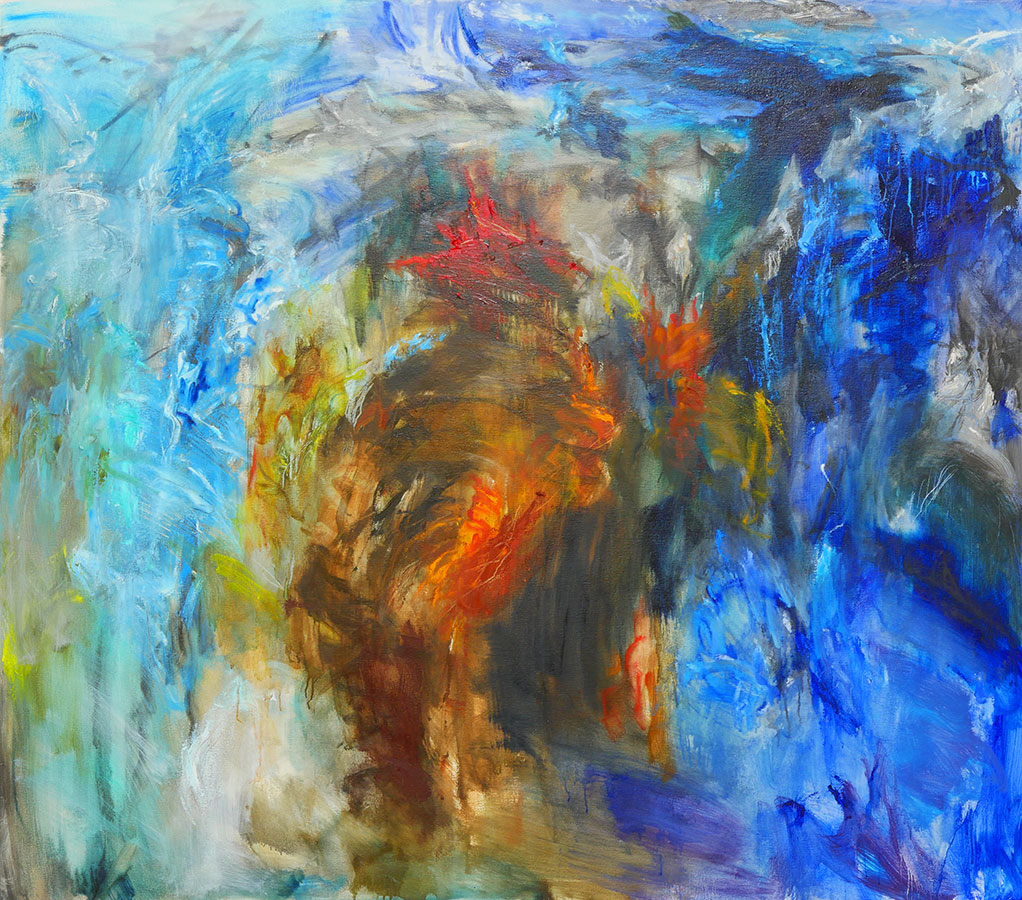 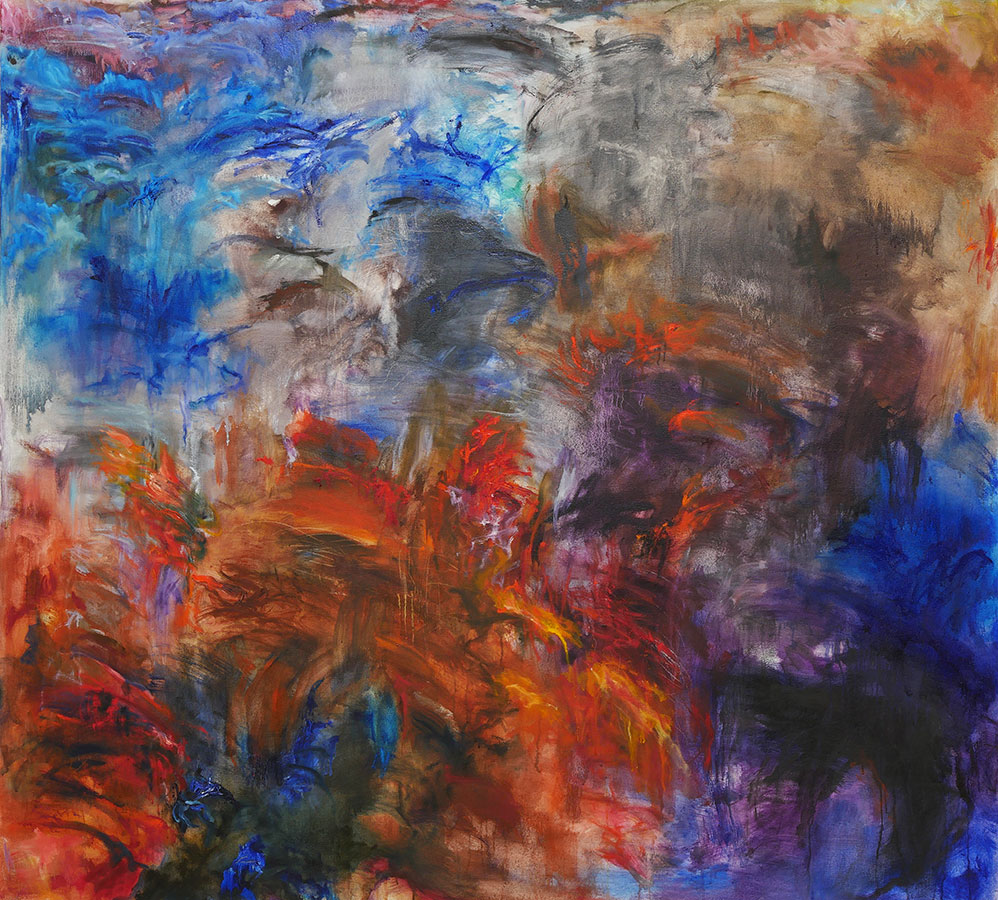 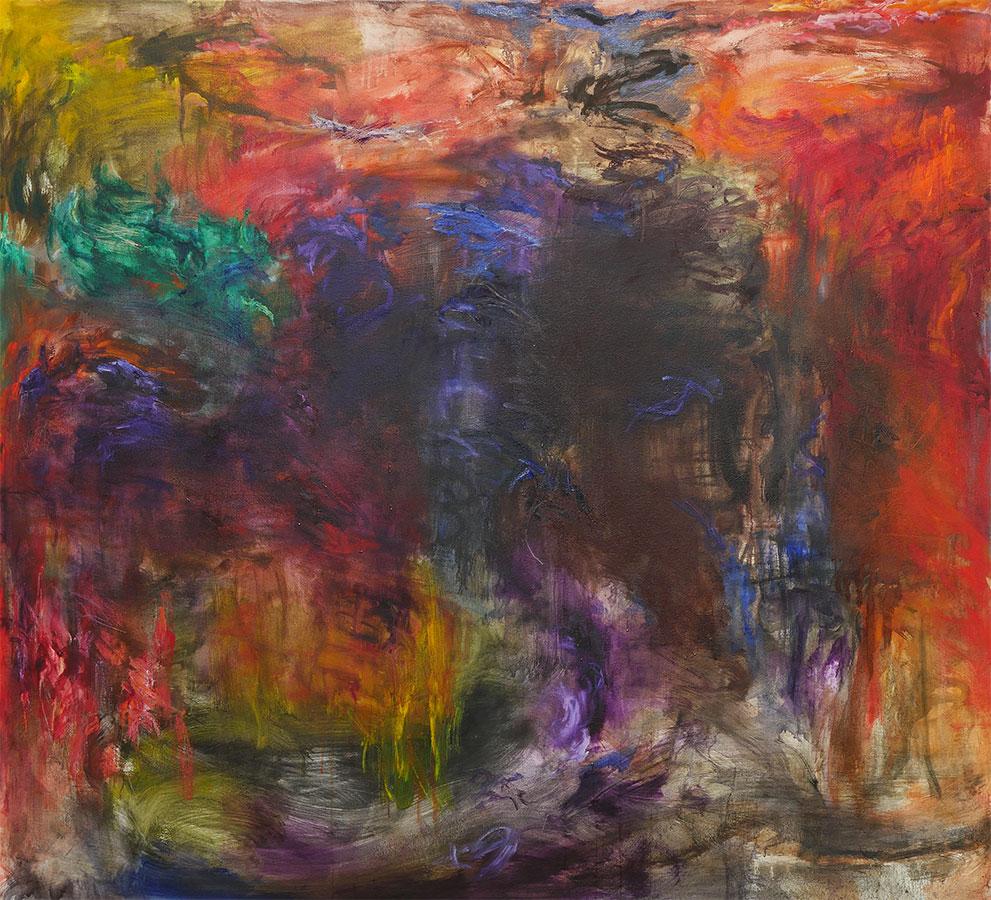 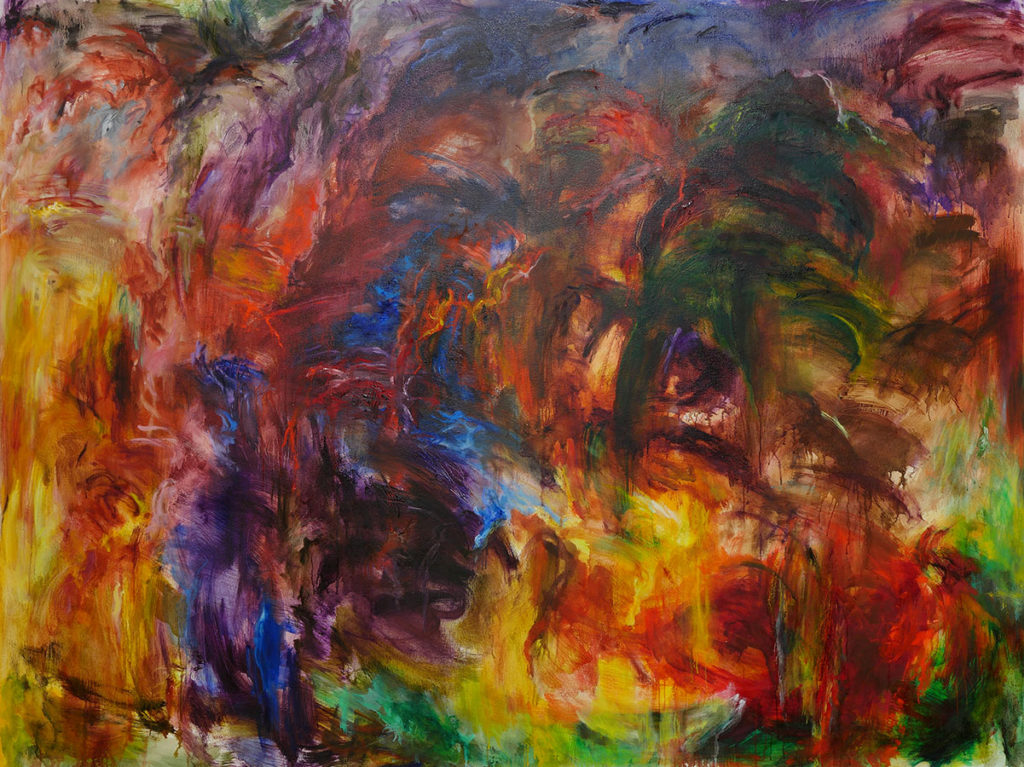 Matthew Giuffrida was born in the New York City area and raised in Washington, D.C.. He now lives and works in Vallejo, California. He attended the San Francisco Art Institute (SFAI) and the Academy of Art College, taking classes from Joan Brown, Julius Hatofsky and William Scharf. Later he became a visiting artist and Instructor at the SFAI. He has had many exhibitions including Paula Anglim Gallery (SF), Southern Exposure Gallery (SF), Galleria Della Pace (Rome) d.p. Fong Galleries (San Jose), Stephen Rosenberg Gallery (NYC), Ruth Bachofner Gallery (Santa Monica) and the San Francisco Museum of Modern Art Artist Gallery. His work is represented in many public and private collections in both the United States and Europe. Previously represented by Stephen Rosenberg Gallery in New York, Ruth Bachofner Gallery in Santa Monica and Paula Anglim Gallery in San Francisco, he is currently represented by Mary Dixon and Associates. For more information on the artist, call 415-652-1642 or email marydixon@berkeley.edu.